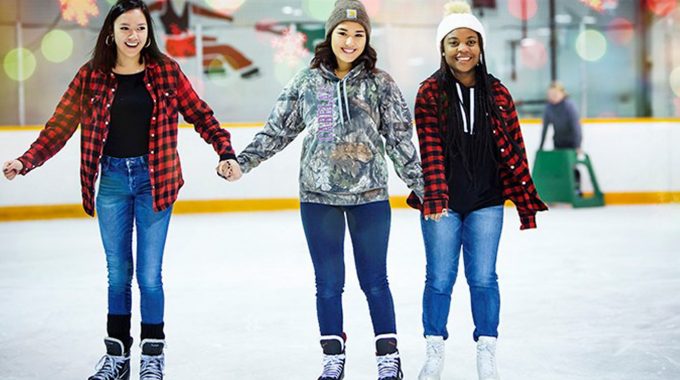 For close to half a century, the Wasaga Stars Arena has served as a hub for community activities.

Wasaga Beach Minor Hockey, Wasaga Beach Figure Skating, public skating, and special on-ice training camps have all made use of the building over the decades.

Fully accessible with one ice surface and six dressing rooms, the arena has served our community well.

The arena is now at the end of its lifespan and we are building a new facility that will serve current and future generations for years to come.” 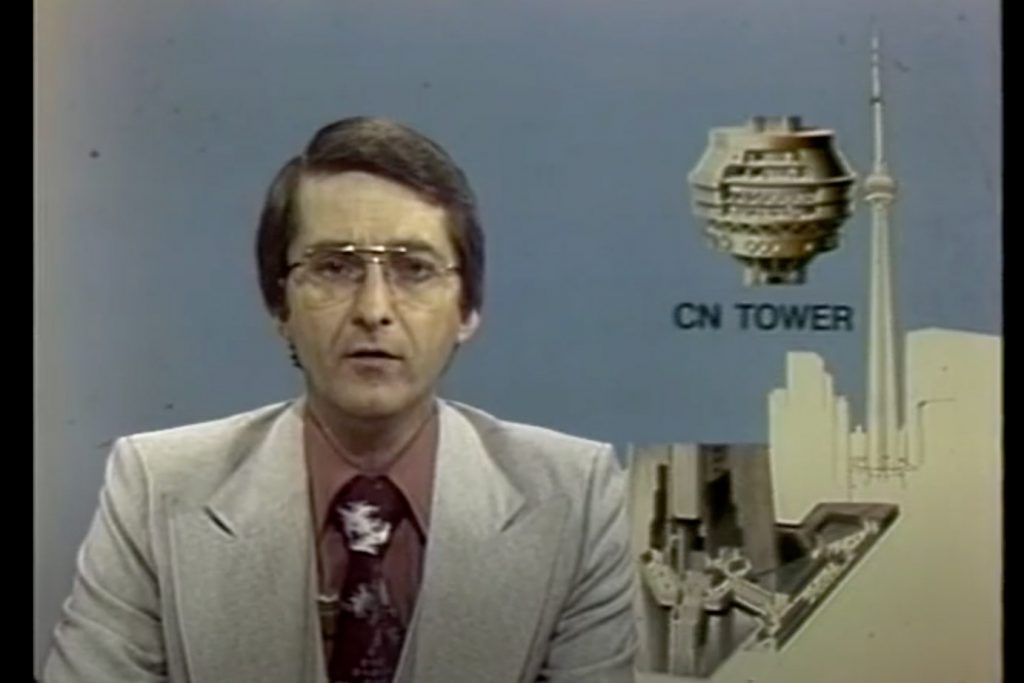 “Everything’s for the kids; it’s all about the people for me”

Olen Potter sits on a cushioned chair behind the cashier’s table at the Wasaga Stars Arena in Wasaga Beach.

Every weekend for the past 16 years, that’s been her hotspot, where she collects money for the Wasaga Beach Minor Hockey Association.

The cushion’s a little worn, and she can’t actually see the game because she’s so small, but that doesn’t stop the 78-year old from having a big impact on minor hockey in the Georgian Bay Town. 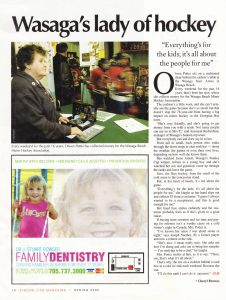 “She’s very friendly, and she’s going to get money from you with a smile. Not many people can say no to Mrs P.” said Armenak Kesheshain, manager of Wasaga’s bantam rep team.

But everybody can and does say hi to her. From tall to small, each person who walks through the doors stops to chat with her – about the weather, the games or ever their own lives depending on how well she knows them.

She watched Jason Arnott, Wasaga’s Stanley Cup winner, referee as a young boy, and she’s watched her son and grandson come up through the ranks and leave the game.

Sure, she likes hockey, from the smell of the cold arena to the concession stand. But in her heart of hearts, it’s just not about the game.

“Everything’s for the kids; it’s all about the people for me.” she laughs as her hand slips out and collects $3 from a customer. “I guess I always wanted to be a receptionist, and this is good enough for me.”

Her lined face smiles radiantly and the customer probably feels as if she’s given to a good cause.

If buying team sweaters and ice time and paying for referees isn’t a worthy cause on a cold winter’s night in Canada, Mrs. Potter is.

‘I’ve known her since I was about seven or eight,” says Joseph Naether, 20, a former player and now a referee at the rink.

“She’s nice. I mean really nice. She asks me how I’m doing and asks me to bring her samples – I’m studying to be a chef,” he laughs.

That’s why she sits on a cushion behind a cash box in a cold ice rink each weekend. Because she can.